In the recently released 2021 Legal 500 ranking guide for Canada, CLK was given high praise for it international trade law and public procurement practice. For the second year, CLK was identified as one of the four top litigation boutiques in Canada for its trade law practice.

CLK’s trade team was ranked in Tier 1, the only boutique in Canada named in that level. Christopher Kent, Christopher Cochlin, Andrew Lanouette and Gerry Stobo were recognized as Leading Individuals in trade law, the highest ranking practitioners can achieve. Legal 500 said this about CLK’s trade expertise:

On the procurement front, CLK’s procurement team of Gerry Stobo and Marc McLaren-Caux were similarly lauded for their expertise. Gerry was named a Leading Individual and Marc was identified as a Rising Star. According to the Legal 500:

Ottawa-based Cassidy Levy Kent LLP is known for its work in large complex bid challenges, acting both for private companies and government entities. Rated for its ‘knowledge of procurement law and trade agreements’, the practice group active at every level of federal and Ontario courts, as well as in proceedings before the Canadian International Trade Tribunal. Practice head Gerry Stobo and associate Marc McLaren-Caux are recommended by clients for their ability to ‘clearly explain complex concepts’. 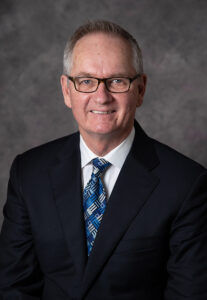