Amidst the Government of Canada’s energetic pace in sanctioning individuals and entities across several geopolitical hotspots, a former Prime Minister of Hati, Lauren Salvador Lamothe, is challenging a decision to subject him to sanctions under the Special Economic Measures (Haiti) Regulations (SOR/2022-226). This application is notable as the Federal Court will for the first time consider the requisite scope of procedural fairness owed to individuals sanctioned under the SEMA regime.

On recommendation of the Minister of Foreign Affairs, the Governor in Council added Mr. Lamothe and five other individuals to the Schedule of listed individuals subject to sanctions under the Regulations on November 17, 2022 (Regulations Amending the Special Economic Measures (Haiti) Regulations, SOR/2022-231). The Regulatory Impact Analysis Statement accompanying this listing states that “there is reason to believe” that they had “used their position as former or current officials of the Government of Haiti to protect and/or support the activities of criminal gangs, including through money laundering and other acts of corruption.” The Government further states that it expects that sanctioning these individuals will “change their behaviour and cease their support to gangs” and “act as a deterrent for others.”

In a notice of application for judicial review filed with Canada’s Federal Court on December 22, 2022 (file T-2697-22), Mr. Lamothe argues that the Minister’s decision recommending he be sanctioned (the “Decision”) was unreasonable and contravened procedural fairness. First, he submits that the Decision was unreasonable as there was no factual basis for the conclusion that he provided financial and operational support to Haitian gangs either during or following his tenure as Prime Minister of Haiti. Mr. Lamothe’s application states in summary form that he actively opposed gangs during his tenure as Haiti’s Prime Minister, that he is not the object of an investigation in Haiti, and that he had never been charged or prosecuted in Haiti in relation to any direct or indirect support to these gangs. Second, Mr. Lamothe submits that the Decision ran afoul of procedural fairness. Mr. Lamothe claims having sent the Minister a letter requesting an opportunity to provide a response to the allegations against him on December 12, 2022; he did not receive an answer and was not afforded an opportunity to be heard. The Decision, according to Mr. Lamothe, contravened procedural fairness as he did not have an opportunity to defend himself against the claim that he engaged in support to Haitian armed street gangs.

This application is notable as it is the first instance in which the Federal Court will consider the requisite scope of procedural fairness owed by the Minister to individuals being sanctioned under the SEMA. While the degree of procedural fairness owed to a sanctioned individual was considered by Justice Kane in Gomez v. Canada (Attorney General), 2021 FC 1300, that case involved a de-listing decision rather than a listing decision, and pertained to a different sanction regime, the Justice for Victims of Corrupt Foreign Officials Act (Sergei Magnitsky Law). While the decision in Gomez may provide a roadmap for the Court in the present application, Mr. Lamothe’s application should provide much needed judicial guidance on the procedural fairness requirements relating to a decision to sanction an individual under the SEMA. The team at CLK will therefore be closely following developments in this litigation. 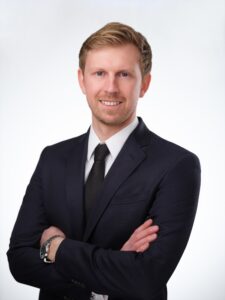