The Department of Commerce’s Bureau of Industry and Security (BIS) announced its intent to issue new restrictions on Chinese telecommunications company Huawei’s ability to use American manufactured technology and software. The new ruling, published in the Federal Register today, comes on the heels of the U.S. government’s contention that Huawei flouted the requirements attributed to it as a company named on BIS’ Entity List. The Entity List is comprised of foreign companies who must obtain a license to purchase and use certain categories of American manufactured technology. BIS, which has already banned U.S. chip imports to Huawei — a determination subjected to multiple extensions — added the company in May 2019 to the Entity List, on the grounds that the company was engaged in “activities contrary to U.S. national security or foreign policy interests.”

BIS asserts that Huawei is undermining the national security intent of the Entity List’s export controls and licensing requirement by producing semiconductor chips using its own in-house production unit “HiSilicon,” which relies on outside manufacturers using American technology and software to meet production demands.

In an effort to close what BIS considers a loophole in its already restrictive export regime leveraged upon Huawei, the rule change will amend General Prohibition Three, also known as the foreign-produced direct product rule, of the U.S. Commerce Control List (CCL), as governed by the Export Administration Regulations (15 CFR parts 730 through 774 (EAR)). The revisions aim to impose new controls over the following foreign-produced items:

To prevent dramatic changes to supply chains and limit economic fallout from companies engaged in semiconductor production in conjunction with Huawei, BIS will not initiate the new requirements on the targeted items as long as they are “reexported, exported from abroad, or transferred (in country) by 120 days from the effective date.” Public comment on the new ruling is available on or before July 14, 2020. 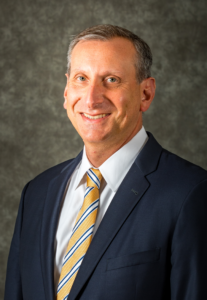