The United States, working in tandem with the European Union and G7 nations, announced a series of new economic sanctions and trade control measures against Russia on March 11, 2022 and March 24, 2022,  consisting of the following:

President Biden announced his intention to work with Congress to revoke Russia’s MFN status (also referred to as Permanent Normal Trade Relations (PTNR) in the United States) to deny Russia the benefits of its World Trade Organization (WTO) membership in the United States. After revocation, imports from Russia would no longer be subject to the preferential duty rates granted to most other WTO-member countries, but will instead be subject to substantially higher tariff rates. Such actions by the United States and other G7 nations would follow Canada’s lead, when it became the first country to announce the removal of MFN treatment for imports from Russia and Belarus on March 3, 2022.

The House approved a bill to suspend normal trade relations treatment for Russia and Belarus on March 17, 2022. A Senate vote is not yet scheduled.

Import Ban on Seafood, Alcohol, and Diamonds from Russia

E.O. 14068 prohibits the importation into the United States of Russian Federation-origin fish, seafood, and preparations thereof; alcoholic beverages; and non-industrial diamonds. According to the White House, this ban will deny Russia more than $1 billion in export revenues and assist in preventing U.S. citizens from underwriting Putin’s war in Ukraine.

E.O. 14068 also bans the exportation, reexportation, sale, or supply, directly or indirectly, from the United States, or by a United States person, wherever located, of luxury goods to any person located in the Russian Federation or Belarus and to sanctioned Russian and Belarusian oligarchs and malign actors added to the Specially Designated Nationals (SDN) List, wherever located.

The Department of Commerce announced the implementation of this export ban by amending the Export Administration Regulations (EAR). Goods subject to the export ban are enumerated in a new Supp. No. 5 to Part 746 of the EAR and include certain alcohol products, tobacco products, clothing items, jewelry, vehicles, art, antique goods, etc.

Authority to Ban New Investments in the Russian Economy

E.O. 14068 prohibits U.S. persons, wherever located, from making “new investment{s} in any sector of the Russian Federation economy as may be determined by the Secretary of the Treasury, in consultation with the Secretary of State.”  OFAC previously announced a ban on investment in the Russian energy sector. The new E.O. grants authority to OFAC to impose similar bans on other sectors of the Russian economy in the future. Although this provision currently does not impose any new legal prohibitions, it signals that additional restrictions on investments in Russia are likely forthcoming.

The exportation, reexportation, sale, or supply, directly or indirectly, from the United States, or by a U.S. person, wherever located, of U.S. dollar-denominated banknotes to the Russian government or any person located in Russia is also prohibited by E.O. 14068.

OFAC also issued two general licenses related to this provision. General License 18 authorizes all transactions that are ordinarily incident and necessary to the transfer of U.S. dollar-denominated banknote noncommercial, personal remittances from: (i) the United States or a U.S. person, wherever located, to an individual located in Russia; or (ii) a U.S. person who is an individual located in Russia. The general license clarifies that noncommercial, personal remittances do not include charitable donations to or for the benefit of an entity or funds transfers for use in supporting or operating a business, including a family-owned business. Furthermore, General License 19 authorizes U.S. persons located in Russia to engage in all otherwise prohibited transactions that are ordinarily incident and necessary to their personal maintenance within Russia, including the payment of housing expenses, acquisition of goods or services for personal use, payment of taxes or fees, and purchase or receipt of permits, licenses, or public utility services.

U.S. persons and companies should carefully review the requirements and limitations of these and other general licenses when planning to engage in any transactions in Russia or to Russia-related entities.

OFAC clarified in FAQ 1,021 that the prohibitions of E.O. 14024 (April 2021) and other Russia-related sanctions extend to virtual currency. All U.S. persons are required to comply with OFAC regulations, regardless of whether a transaction is denominated in traditional fiat currency or virtual currency. OFAC cautions that U.S. persons, wherever located, including firms that process virtual currency transactions, must be vigilant against attempts to evade or circumvent OFAC regulations and must take risk-based steps to ensure that they do not engage in prohibited transactions. OFAC’s Sanctions Compliance Guidance for the Virtual Currency Industry can be found here.

President Biden announced that G7 leaders will agree to ensure that Russia cannot obtain financing from the leading multilateral financial institutions, such as the International Monetary Fund (IMF) and the World Bank.

Full Blocking Sanctions Against the Duma and its Members, Additional Russian Elites, and Russian Defense Companies

On March 11, 2022, OFAC added several Russian elites and their family members to the SDN List, including 12 members of the Russian State Duma. OFAC subsequently added more than 400 individuals and entities, including 328 more members of the Duma, the State Duma itself, additional Russian elites, and Russian defense companies to the SDN List on March 24, 2022. As a result, these designated individuals and entities, as well as any entities owned 50 percent or more by these sanctioned individuals and entities, are subject to full U.S. blocking sanctions. This means that all property and interests in property of these SDNs (or entities owned 50 percent or more by these SDNs) that are in the United States or in the possession or control of U.S. persons must be blocked, i.e., frozen, and reported to OFAC. Additionally, all transactions with these SDNs by U.S. persons, wherever located, or persons within the United States are prohibited unless otherwise authorized by a general or specific license issued by OFAC.

Identification of Commercial and Private Aircraft in Apparent Violation of U.S. Export Controls

On March 18, 2022, the Department of Commerce’s Bureau of Industry and Security (BIS) publicly identified commercial and private aircraft that have flown into Russia in apparent violation of the EAR. These aircraft are owned or controlled by, or under charter or lease to, Russia or Russian nationals. Accordingly, any subsequent actions taken with regard to any of the listed aircraft, including, but not limited to, refueling, maintenance, repair, or the provision of spare parts or services, are subject to the prohibitions outlined in General Prohibition Ten of the EAR (Section 736.2(b)(10)). General Prohibition Ten prohibits the sale, transfer, export, reexport, finance, order, purchase, removal, concealment, storage, usage, loan, disposal, transport, forwarding, or otherwise servicing, in whole or in part, of any item subject to the EAR and exported or to be exported with knowledge that a violation of the EAR, the Export Administration Act, or any order, license, License Exception, or other authorization issued thereunder has occurred, is about to occur, or is intended to occur in connection with the item. General Prohibition Ten also states that you may not rely upon any license or License Exception after notice is provided of the suspension or revocation of that license or exception.

The sanctions and restrictions described above supplement sanctions announced in recent weeks by the U.S. government. Companies should carefully review any current or future dealings in Russia and Belarus, or with any of the above-listed individuals or entities, to determine if they are engaged in or plan to be engaged in any transactions covered by these or other applicable sanctions programs.

U.S. sanctions with respect to Russia, Ukraine, and Belarus are expected to continue changing in the coming days and weeks. Contact us if you have questions about these developments or their potential impact on your business. 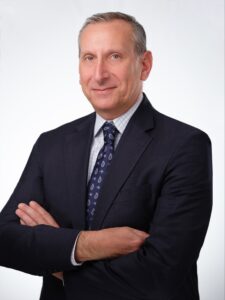 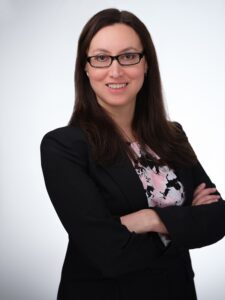 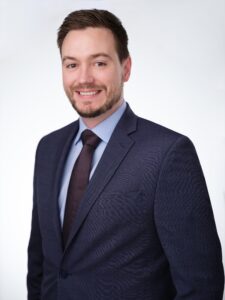 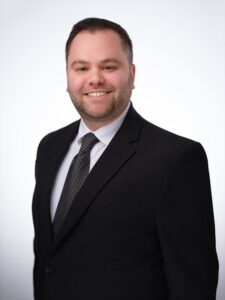