President Donald Trump today announced his intention to revoke Hong Kong’s special trade status. This comes as part of the Administration’s broader response to a perceived encroachment on Hong Kong’s status as a semi-autonomous special administrative region by the Government of China. President Trump’s announcement comes two days after Secretary of State Mike Pompeo notified Congress that the Department of State no longer considered Hong Kong to be politically autonomous from China.  As of this writing an Executive Order revoking Hong Kong’s status has not been released.

Hong Kong’s sovereignty was transferred by the British Government to the Chinese Government in 1997 under the condition that certain administrative and economic structures in the territory remain separate from those of mainland China.  In preparation for the 1997 handover, Congress passed the United States–Hong Kong Policy Act of 1992, which allowed the United States to “continue to treat Hong Kong as a separate territory in economic and trade matters, such as import quotas and certificates of origin,” 22 U.S.C. § 5701 et seq., and directed the U.S. to “actively” encourage the development and expansion of trade ties to Hong Kong.  22 U.S.C. § 5711.

In November 2019, following numerous waves of pro-democracy protests in the special administrative region, President Trump signed the Hong Kong Human Rights and Democracy Act, which was designed to discourage the Chinese government from infringing on Hong Kong.  Among a number of additions and amendments to the 1992 law was a directive to the Department of State to begin conducting annual reviews of the special trade status afforded to Hong Kong under the 1992 law. In particular, the 2019 law required the State Department to conduct annual reviews of trade in the region and investigate the extent to which United States export control and sanctions laws were being violated in Hong Kong, whether the Chinese Government was using Hong Kong’s special trade status to import items into mainland China, and whether Hong Kong was enforcing and abiding by U.S. sanctions.

On May 21, four days before the first State Department report was due to be submitted to the relevant Congressional Committees, the Chinese Government announced plans to bypass Hong Kong’s legislature and enact a national security law in response to resurgent protests following an easement in partial lockdown measures designed to combat the spread of Covid-19 in the territory. The legislation, which was approved by China’s National People’s Congress on May 28, is viewed by the Trump Administration as an afront to Hong Kong’s status as a special administrative region.

The Chinese government has previously threatened “strong countermeasures” were the United States ever to revoke Hong Kong’s special trade status. This decision has far-reaching ramifications for U.S. policy and the $82.5 billion in U.S. foreign direct investment in Hong Kong. 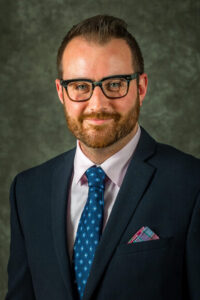 CLK Partners to Speak to Association of Corporate Counsel